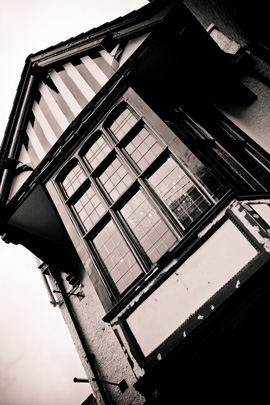 About City Tavern and the team who run it

This iconic Newcastle building, situated at 10 Northumberland Road, was built in 1872 as stables/livery. Through its history, it has had many uses including office accommodation and a garage (Adams 1918-1922). In 1923 the front elevation was remodelled with the now-famous Tudor façade. From that date it was operated by a local company 'Carrick's Dairy Ltd.' (1925-1951), followed by a restaurant named Cottage Restaurant (1951-1959), then as the well known Carrick's Café (1959-1962). The premises remained as a café/restaurant between 1962 and 1971 under the ownership of Carrick's and was called Tilley's Café.

In 1971 the property became one of Newcastle's most famous pubs (City Tavern) and has since undergone several style and name changes. In spring 2014 City Tavern regained the original pub name and was transformed into the city's most sumptuous venue providing laid back comfort, good food, good ales, and good friends. 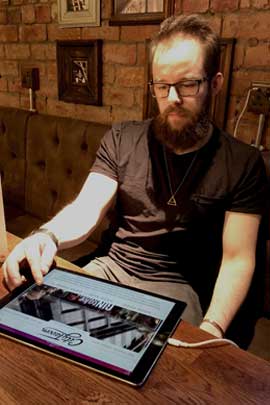 Tom is the ultimate ‘hipster techy dude’ and is never knowingly seen without at least one of his many devices to hand. Tom joined our management team in 2016 after a spell as GM of a local well-respected bar & restaurant, quickly rising through the ranks before taking the reigns of City Tavern in Spring 2018 as General Manager. That receding hairline is no more and can be recognised as the bald one in the boozer.

“City Tavern is the type of bar I like to drink in and has proved to be just as much fun on the opposite side of the bar”. Tom enjoys nothing more than working with his team in this unique brand, that being ‘City Tavern’.

Find out more about Tom here 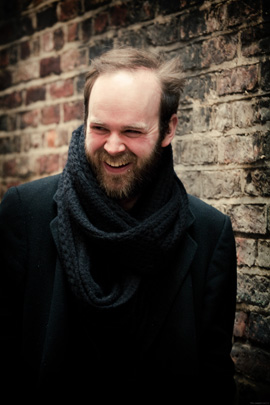 At 6’11” tall and sporting a Grisly Adams beard, Jamie truly is a man amongst men, albeit sporting tight jeans, a man bag and cowboy boots. Jamie’s talents include: highly qualified in silver service, barista trainer and cocktail aficionado to name but a few. Jamie is also an acclaimed interior designer and worked throughout the refurbishment of City Tavern on all aesthetic aspects of the project.

What can we say about Jamie, other than he is simply fabulous

Jamie brings a gentle air to City Tavern and is a huge hit with ‘ladies that lunch’ as well as being a great team player working closely alongside the management team.

Interesting Fact: Jamie’s great uncle is the one and only Tommy Cooper. Jamie also owns Tommy’s famous fez, which he wore on his last tragic performance where he died on stage.

As you can see Ethan’s family, one way or another, are responsible for every bottle or can of beer you’ve ever drank, or ever will. It was the Ethan’s branch of the family and most direct decedent and great, great, great, great Grandfather William Painter who provided the family wealth which, until Ethan came along, was estimated to be worth Billions.

So, what went wrong? How did all round nice guy and beer fanatic Ethan end up pulling pints at City Tavern? The answer is simple, it was beer itself that became his downfall. In Ethan’s early days when he was studying Quantum Physics for Beginners at the Blyth Institute for the Academically Disadvantaged (BIAD), that he began to drink, heavily. It was during one infamous BIAD frat party that Ethan and his lifelong friend, Geordie (Arnold) ‘the knuckles’ Patterson began a drinking competition. Ethan being of great stature and bulk (he tipped the scales at 23 stones in those days) was the bookies favourite to win, but by the time he’d drank his 19th can of Punk IPA and 5th bottle of Blue Moon he began to look decidedly queasy and bolted out of the door. Ethan was missing in action for some eight months before he was found passed out on the doorstep of City Tavern, cold, soaking wet (it wasn’t rainwater …urgh), delirious and thin! (well, thinner). When he came round, we found a gambling chit in his pocket, he’d gambled away his entire family fortune in a card game in the back room of famous late night snooker club Spot White on Stowell Street. Not only had he lost his fortune, but he’d written an IOU to proprietor of the Snooker Hall, Adam Goldstone. We took pity on Ethan and kept him fed and watered and allowed him to sleep in the little shed at the back of the pub while we brokered a deal with Adam. Today Ethan works at the Tavern and has become a much-respected member of our team. Ethan still lives alone in the shed and will be working for us until at least his 60th birthday, which is when we’ll stop paying his wages directly to Adam and the debt is finally paid.

Ethan will be forever indebted to his forefathers for ruining his life. Without the invention of the bottle cap, or the can, he would never have been able to drink like he did. He wouldn’t have stumbled into a that late night card game and he wouldn’t be spending the next three and a half decades paying for it.

Quite a story, but almost every part of it is absolutely true. Today Ethan survives off tips and will continue to until his not inconsiderable debt is paid. If you happen to be served by this amiable ginger chappie, please drop him a quid so he can feed his brood (Ethan has eight children from previous relationships during the eight months he was missing in action).

If you’d like to visit Ethan’s Instagram page, where you can observe Ethan’s unhealthy obsession with all thing’s beer related (cans and bottles of course), you can at @meetmeinthetaproom 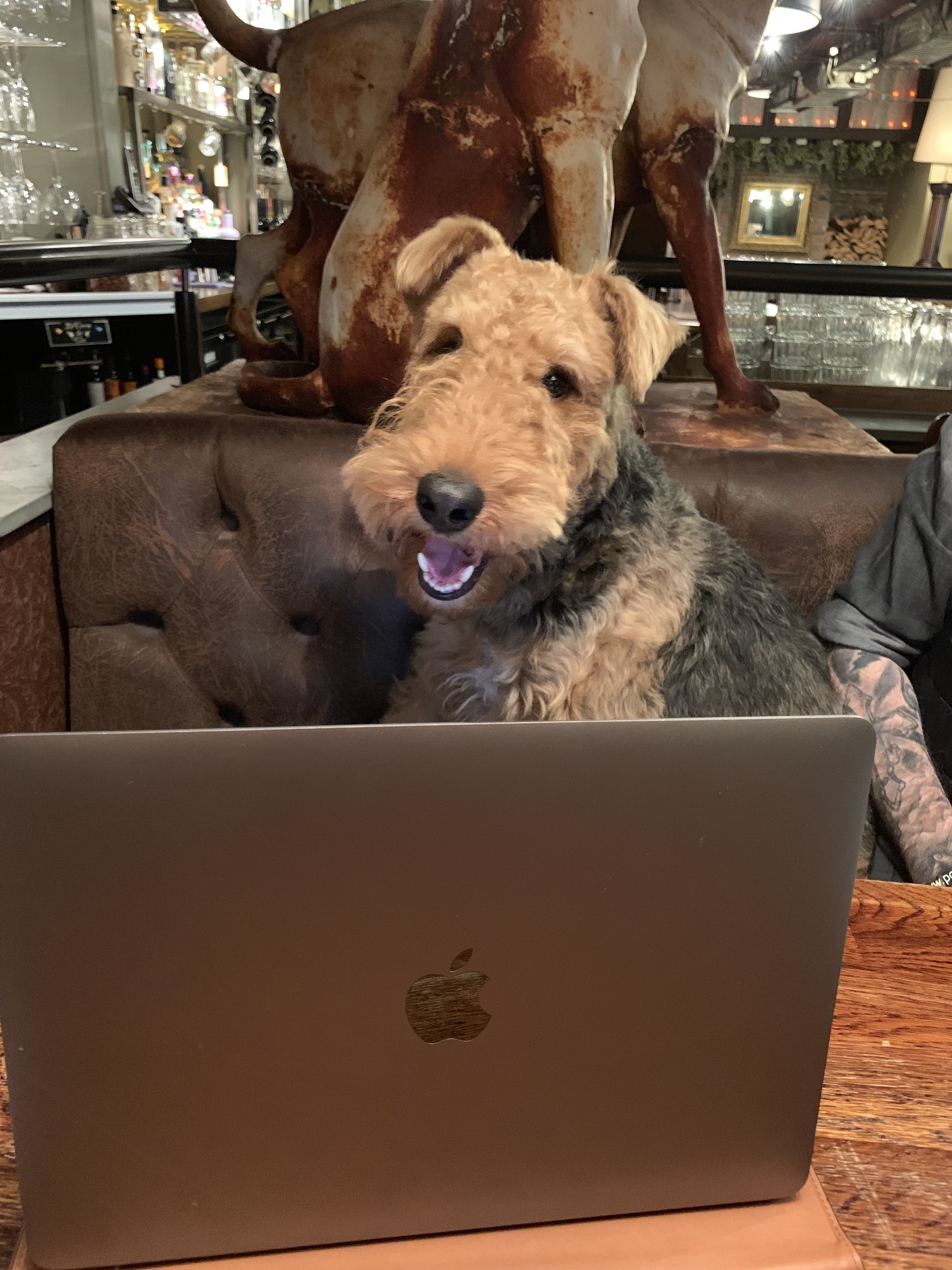 Rupert, a 3-year old Airedale Terrier, is an enthusiastic member of the City Tavern team. He runs the company payroll and all matters to do with stock and cash reconciliation. Despite his tender age, he has a CV which is the envy of canine professionals throughout the North East.

Rupert is a well-organised, pragmatic, and super loveable member of the back of house team at City Tavern. During his short time with us, he has demonstrated exemplary professional conduct at work, great communication skills and an excellent understanding of the Leisure Industry.

Rupert presides over account reconciliations; makes sure all supporting documents are in order, reviews all account entries then prepares a summary of recommendations. Leads and oversees the closing responsibilities of the accounting team; performance of all key tasks must be done within the prescribed time-frame.

When not literally chasing his tail, he periodically reviews all accounting guidelines, policies, and procedures; introduces amendments as necessary for the purpose of improving accuracy, risk control, and for timely reporting.

When not at work Rupert enjoys nothing more than licking his nads in the most inappropriate manner and the most inopportune times, often locking eyes if you happen to walk in on him.

Keywords for: More about the pub and the team - City Tavern Newcastle