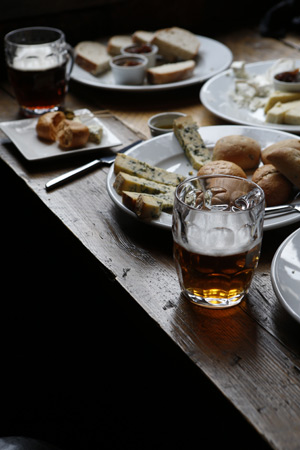 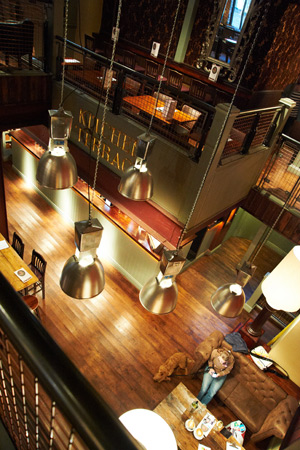 A family business. The family is made up of the owner/operators who frequent City Tavern on a daily basis, our dedicated team of managers, talented chefs, super friendly bar servers, plus of course our three gorgeous bar hounds: Dillon, Hector & Rupert.

We aim to exceed our customer’s expectations in everything we do and really do want to make our guests smile. City Tavern is committed to ongoing staff development and our programme of skills enhancement within our team, both with internal training and external qualification opportunities, ensures our dedicated team gain the best work experience, which we believe is why City Tavern has such good staff retention and is a genuinely happy place to work. Life balance is very important to all of us at City Tavern. We all want to work hard and play hard. If you are interested in becoming part of the team at a multi award-winning pub, which is consistently ‘busier and busier’ month on month, then simply send us your details: info@citytavern.co.uk.

We are so blessed to live, laugh and work in this wonderful and diverse City, enjoying the great local produce that the region has to offer, including catch of the day fish and seafood from the markets at North Shields, Northumberland beef and local cheeses to name but a few.

City Tavern is not a fast food pub, it is a good food pub. It takes a little longer to freshly prepare our meals, but our regular customers tell us they would rather wait a little while for proper home-cooked meals. We always listen to our customers as feedback is what makes us better.

We always aim to ensure our menu has approximately 40% vegetarian options, plus 40% gluten free options. This is analysed every time we change our menu to ensure we have the very best choices for our vegetarian customers and those who have gluten intolerance.

Please note, the Sunday Lunch menu runs alongside a selection from the daily menu. This changes weekly, but always contains the most popular choices: steak and ale pie, fish and chips, home-made hamburgers etc.

Our children’s menu has all the popular choices you’d expect to find. The difference being our chicken nuggets are real chicken nuggets, made in-house, as is everything on the children’s menu. So, you can treat your little ones to their favourite food safe in the knowledge that it is a far healthier option than the food served in most of the large chains.

Getting to know our customers is important to us. So many friendships have been forged at City Tavern since we opened in 2014 and from all walks of life. 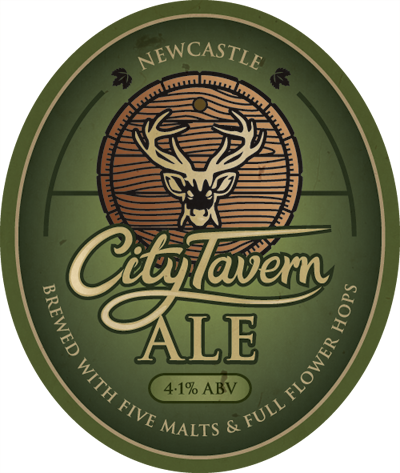 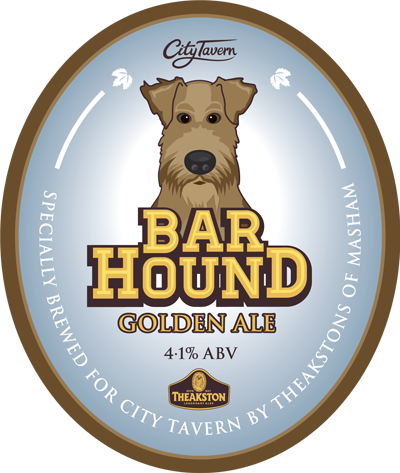 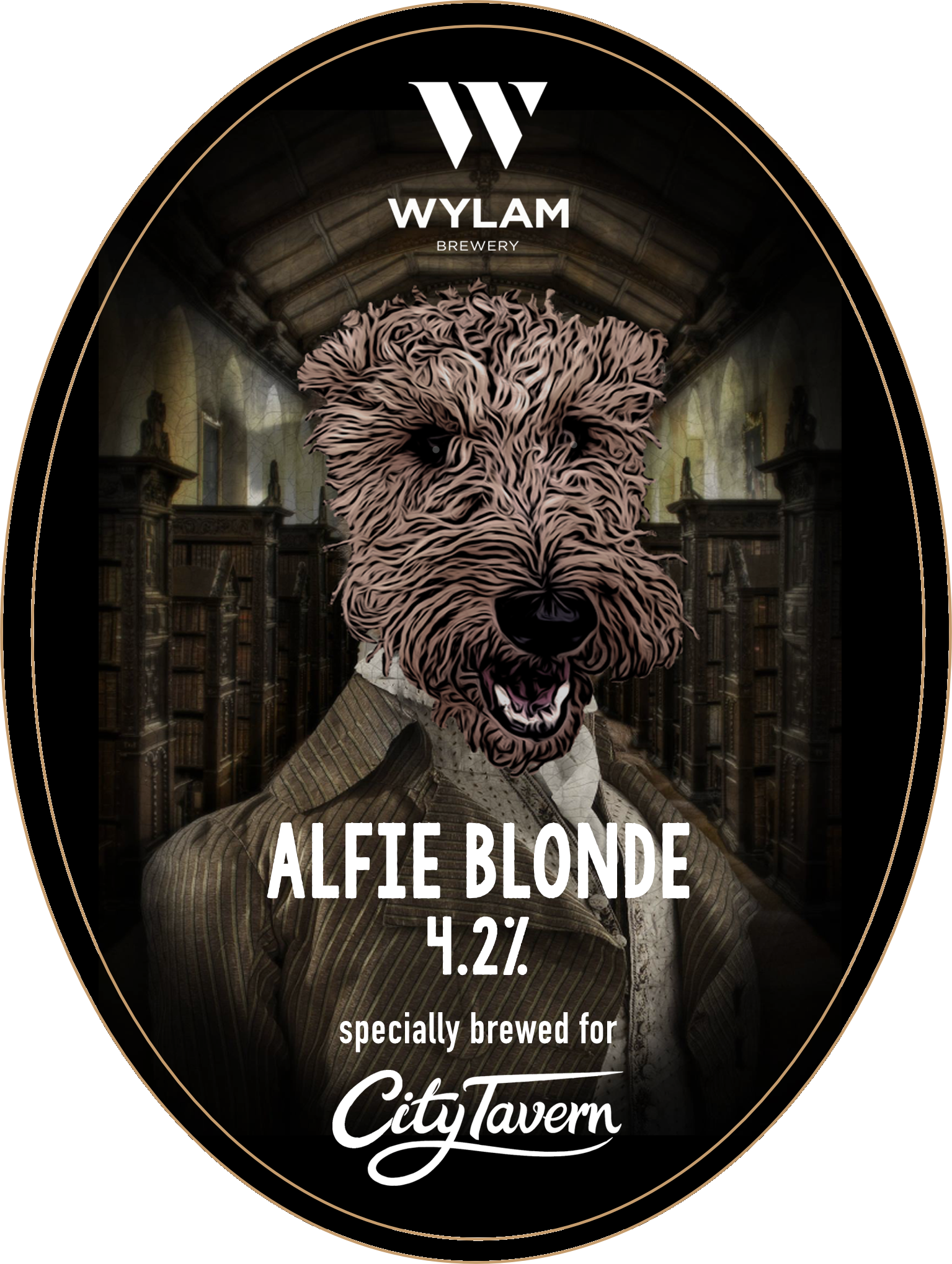 we have ten! including our three favourites:

Our classic house brew, City Tavern Ale, is made for us by the scientific expertise, which has been handed down from brewer to brewer at Caledonian in Edinburgh for over 140 years. Brewed with three different varieties of hop and a multitude of malts, it is satisfying and timeless. Being dry but spicy it also compliments red meat dishes and hearty pub food.

In 2015 the famous Theakston’s Brewery did something they have never done before. They began brewing a site specific ale. The only pub chosen to sell this ale is none other than City Tavern and is named after our company. Bar Hound Ale, can not be purchased anywhere other than City Tavern. The pump clip boasts a picture of one of our three bar hounds (Dillon) and has proved to be extremely popular since we introduced it to our ever-expanding range of ales. Bar Hound Ale perfectly compliments City Tavern Ale and Alfie Blonde Ale as it is a continental style ‘pale’ style cask ale. Brewed using English barley and wheat, continental hops and Theakston’s famous Masham yeast. A perfect accompaniment to fish, salads, or even a curry!

One of the reasons Theakston’s produced their very first house ale for City Tavern was, in part, because Simon Theakston visited City Tavern on recommendation and said it was simply “the best pub refurbishment I have ever seen”. Quite a statement from a man who really knows pubs and something we at City Tavern are extremely proud of.

In 2018 we approached the much acclaimed Wylam Brewery to create a house beer for us, the result was Alfie Blonde, a single malt hoppy blonde ale sitting at 4.2%. Triple hopped for a lovely extra thump of grapefruit and sherbert lemon. Being hoppy with a slight bitterness to it means it goes down perfectly with a classic fish and chips, of which we do the best in the 'toon'.

So, our house ales have the two main bases covered and are our most popular casks, but we also have eight guest cask ales ensuring you’ll always be able to find an ale which suits your palate.

Okay, but what if you’re a cask fan, but your preferred tipple is made with apples? We pondered this for some time and after meeting dozens of craft cider producers came up with our very own cask cider ‘Hector’s Cloudy House’. Again this is made specifically for City Tavern and is named after another of our Bar Hounds, Hector.

Hector’s Cloudy House is very similar in temperament to little Hector. It packs a lot of life into a small vessel, it’s ‘feisty’ with tons of character and makes everyone who encounters either the cider, or little Hector, fall in love. This cloudy cask cider has flavours of wild berry fruits and vintage cider barrels with a warming honey afterglow. Be careful though, it’s a strong one (7.3%) please drink sensibly.

City Tavern are proud to announce a new to market craft beer ‘Theakston Pale Ale’ which now sits alongside our extensive range of bright beers, premium lagers and ciders. Theakston’s Pale Ale is true ‘craft beer’, unpasturised, cold filtered and made in Masham with El Dorado and summit hops, then blended with locally grown malted barley. 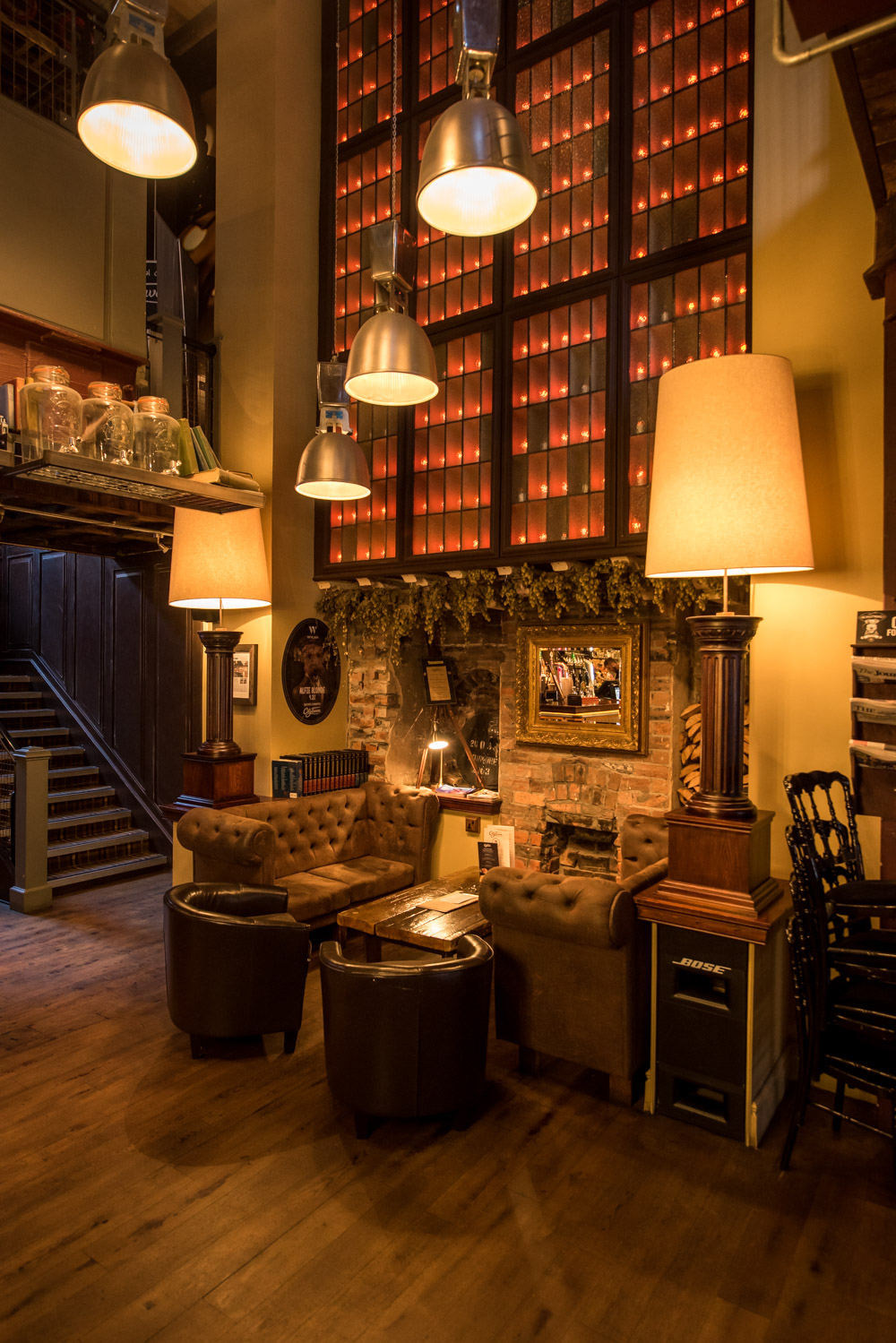 City Tavern boasts over thirty truly great wines and champagnes, with prices to suit every occasion. Ten of which are always available by the glass. We use the Verre de Vin wine system which ensures all our ‘by the glass’ wines are served at optimum quality, whether it be a glass of Merlot, Sauvignon Blanc, White Zinfandel, or a glass of Prosecco/Cava.

We have a great selection of 60 botanicals, including two local, award winning gins, by Poetic License. If you can't get enough while you're with us, why not take a dram of your favourite gin home with you, we're the Gin Takeaway.

Click here for more information on our full range of botanicals. 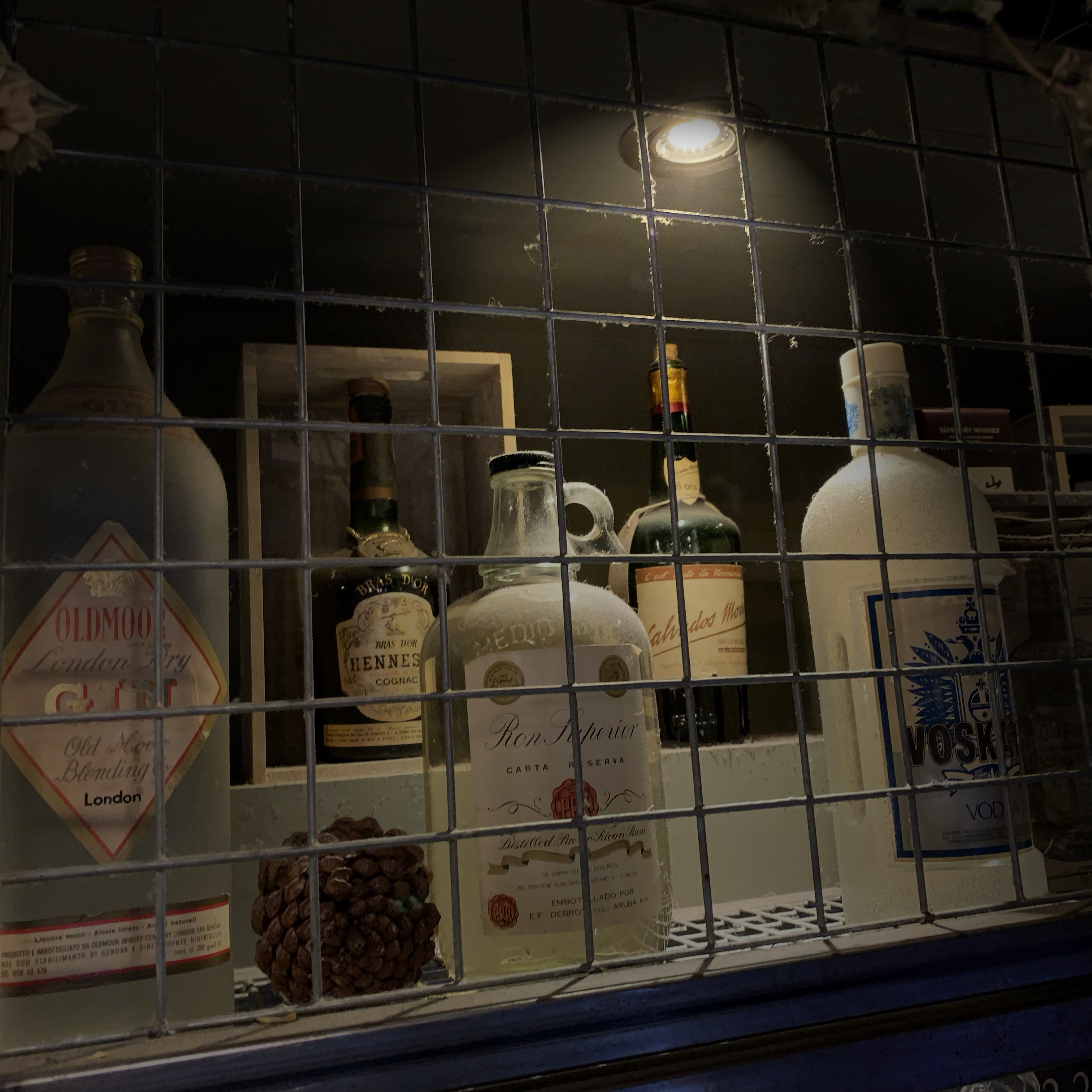 Great day at the office? Won at the races? Or just celebrating? We have the very best antique & vintage spirits for those occasions when you want to treat yourself to something very special.

A rare bottling from Macdonald Greenlees & Williams of London, Old Parr was introduced in 1909 and took its name from the reputed oldest man in Britain, old Tom Parr.

London Dry Gin produced by the Oldmoor Blending Company, London, for export to the Italian market.

Rather dusty this one, as all awesome antiques are!

Puerto Rican Rum bottled for E.F. Debrot Inc. of Aruba - not to be confused with the 'other' Ron Superior from Puerto Rico.

Produced in Italy, in the typical style of the Russian Tsars, this vodka dates back to the 60's and oozes character.

Technically from the 40's, this is a little piece of Calvados history right here - very rare indeed. 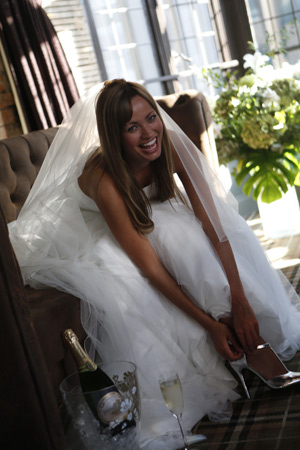 We deliver all our bright ales via Heineken Smart Dispense... a cold draught system that delivers the perfect fresh pint, at the perfect temperature, every time.

City Tavern was voted the best pint in the country in the ‘pint perfection’ awards in 2015.

City Tavern was voted 2014 Best Pub Retailer in the UK.

In addition to good home cooked food, great drinks, our lovely staff, plus of course the unique ambiance of this city centre tavern, we are also a party venue. Our first floor can host up to 225 guests. We also have areas for groups ranging from 12-20, 20-50, 50-150. We are licensed for marriages for up to fifty guests at the ceremony, with an ‘after show party’ for up to 150.

View our Canapé and Buffet menu here, and our Marriage Packages here

If you'd like BarHound to help with your interior design, please give us a call.

Keywords for: The City Tavern Ethos - Attention to detail and quality, everywhere